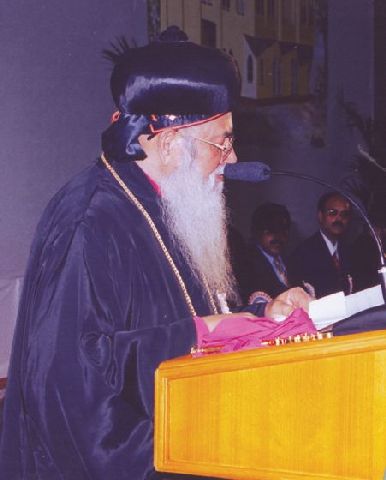 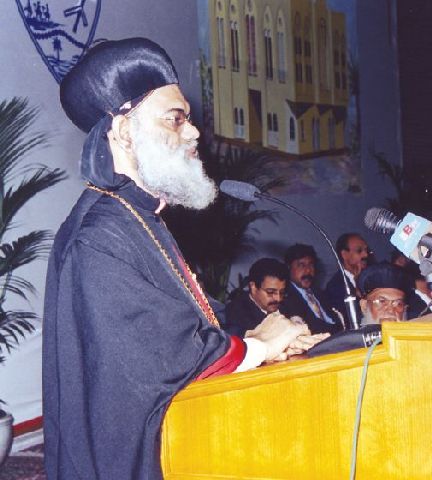 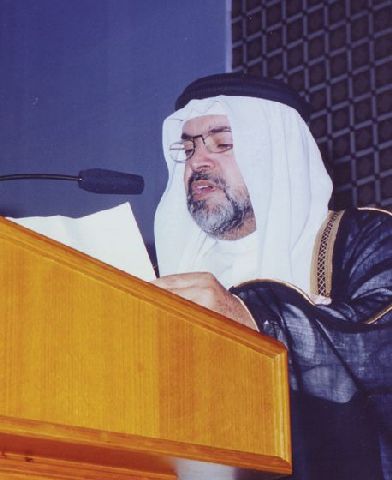 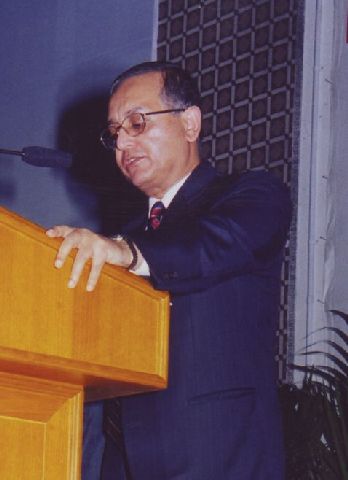 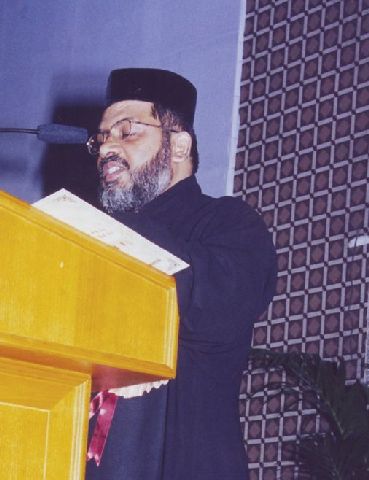 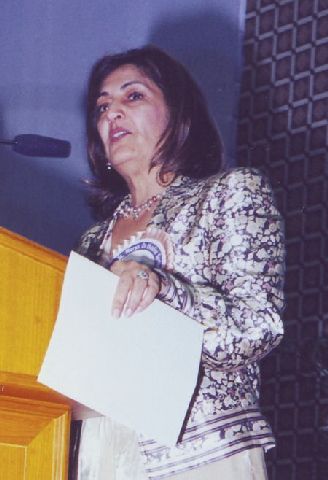 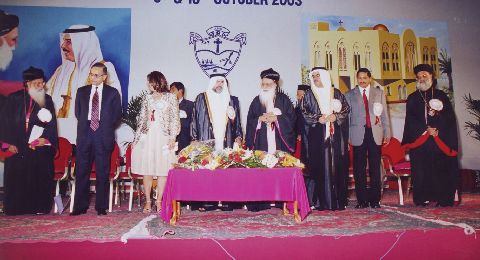 During the public meeting Bava Thirumeni was honoured with a Ponnada marking the 50th year of ordination as Metropolitan. 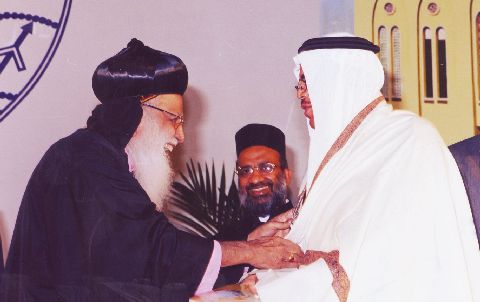 During the public meeting, a cheque of BD 2001/- being our contributiontowards charity, was handed over to Shaikha Hind Bint Salman Al Khalifa,Assisted Under secretary, Ministry of Labor & Social affairs.

Hon. SecretraryMr. Raju Kallumpuram proposed a vote of thanks. The meeting ended with various
cultural programs.
We as a Church were honored as our Bava Thirumeni was given an audience by H H Shaikh Salman Bin Hamad Al Khalifa, Crown Prince and Commander in Chief of the Bahrain Defence Force.