The Malankara Orthodox Syrian Church was founded by St. Thomas, one of the twelve apostles of Jesus Christ, who came to India in A.D. 52. At least from the fourth century, the Indian Church entered into a close relationship with the Persian or East Syrian Church. From the Persians, the Indians inherited the East Syrian language and liturgies, and gradually came to be known as Syrian Christians.

Bahrain’s very early exposure to foreigners, introduction to education in the 1920s and co-existence with Christianity, an open and favorable attitude towards expatriates opened doors for many Christian hailing from Kerala. The discovery of oil in 1930s and development in health sector resulted influx in greater number of Indians emigrated to the country. By 18th Century many migrant workers from the state of Kerala started to flow to Bahrain.

The history of Malankara Orthodox Church in Bahrain starts from the first Holy Qurbana conducted on 24th June 1937 on this island in association with a marriage ceremony in Malayalam by Rev. Fr. T. S Abraham Thengumthottathil, Ayoor, at American Mission Church, who sailed from Bombay to Bahrain via S.S Vita. Fr. Abraham sailed back on 4th July 1937.

There was a big gap after the first event even though the children of Malankara were present in this island in small numbers. His Grace Daniel Mar Philexinos (Thumpamon) visited Bahrain in 1954 and expressed his wish to station a priest in Bahrain. Later H.G Mathews Mar Coorilos (The Late Lamented Catholicose H. H. Moran Mar Baselios Marthoma Mathews II) and Rev. K. C Oommen (The Late Very Rev. Theophoros Ramban) visited Bahrain and celebrated Holy Qurbana for the faithful.

A Prayer Group of Orthodox member was started by Rev. Fr. M. V George (Late Lamented H. G Geevarghese Mar Osthathios) during his first visit to Bahrain and gave guidance and advices to the congregation to form a parish. In the year 1959 Late Lamented H.H Moran Mar Baselios Geevarghese II declared the congregation as a parish under the name of St. Mary’s Syrian Orthodox church.

In the year 1968, His Highness Sh. Isa Bin Salman Al Khalifa, the ruler of Bahrain, graciously gave us a plot of land in the heart of city in Salmaniya to build our church. The foundation stone was laid on 19th September, 1968, by then vicar Rev.Fr. K. K. Punnoose (Late Lamented H. G Stephanos Mar Theodosius) and Consecration of the church was conducted on 14th February 1969 by H.G. Thomas Mar Thimothios, Metropolitan of Malabar Diocese (Late Lamented His Holiness Moran Mar Baselios Marthoma Didymus I, Catholicos of the East). Thus St. Mary’s Syrian Orthodox Church became an important land mark in the history of our parish and Bahrain.

Our parish realized a long cherished desire to purchase adjacent land for the expansion of our church building. His Majesty King Hamad Bin Isa Al Khalifa ,The King of the Kingdom of Bahrain, received the delegates including His Holiness Moran Mar Baselios Marthoma Mathews II, Catholicos of the East and Malankara Metropolitan and made the gracious promise and issued Royal decree to annex the adjacent land for the church building expansion.

Late Lamented His Holiness Moran Mar Baselios Marthoma Mathew II, Catholicos of the East and Malankara Metropolitan consecrated the foundation stone for the new church building on 23rd April 2000, the Easter Sunday. The 3 altars were named in the name of St. Mary, St. Thomas and St. Gregorios of Parumala.

The foundation stone for new church building was blessed by Late Lamented His Holiness Moran Mar Baselios Marthoma Mathews II ,the Catholicos of the East, and was laid on 2nd November 2001 by H.G. Geevarghese Mar Coorilos, our Diocesan Metropolitan. Consecration of the new church building was conducted on 9th and 10th of October 2003.

Late Lamented His Holiness Moran Mar Baselios Marthoma Didymus I, the Catholicos of the East and Malankara Metropolitan in the presence of our diocesan Metropolitan His Grace Geevarghese Mar Coorilos declared our Parish as CATHEDRAL on 10th October2008 during Holy Qurbana and our church became the first Cathedral in the Mumbai Diocese.

We presently have a strength of 2700 subscribed members as per the latest membership roll. 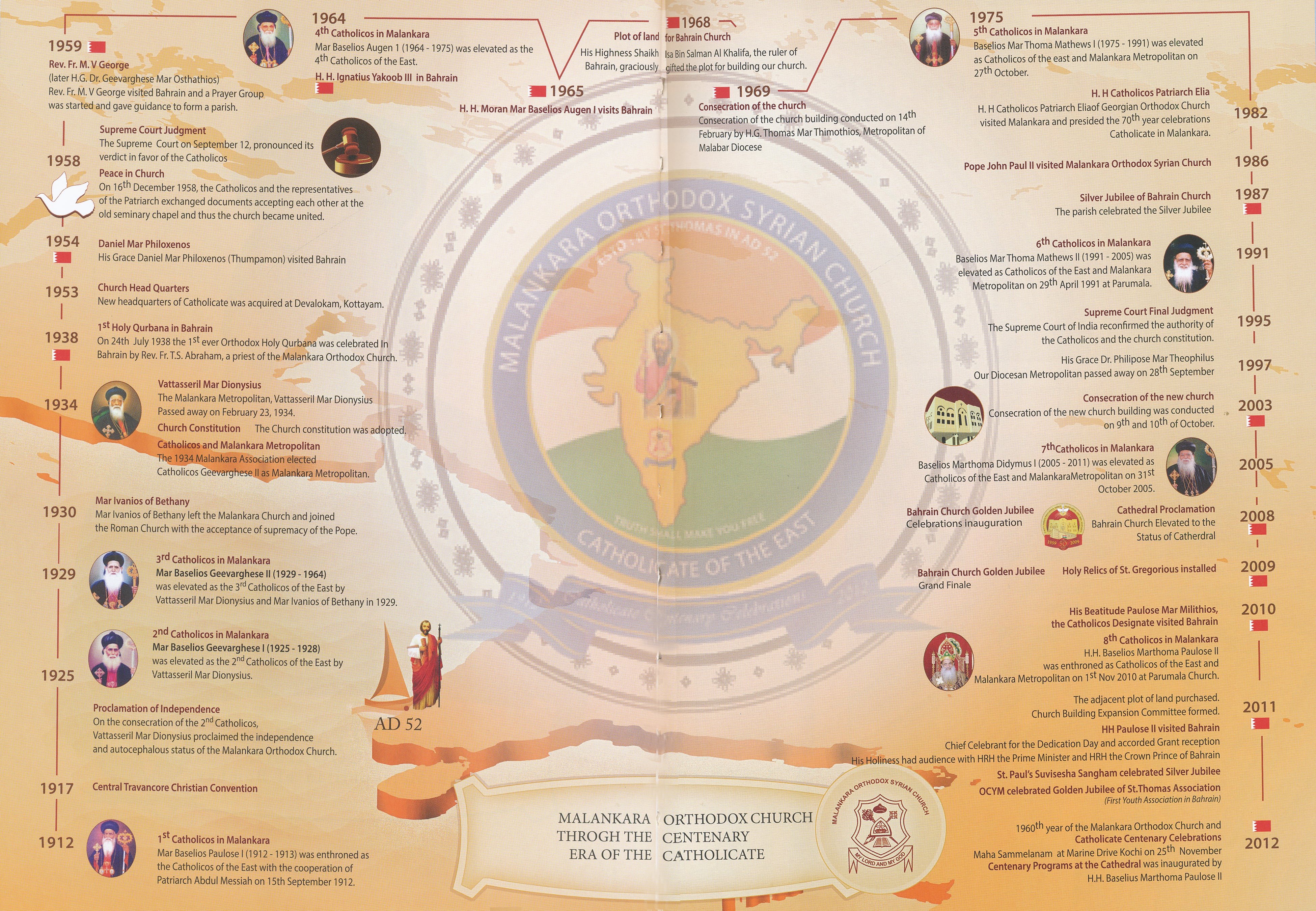